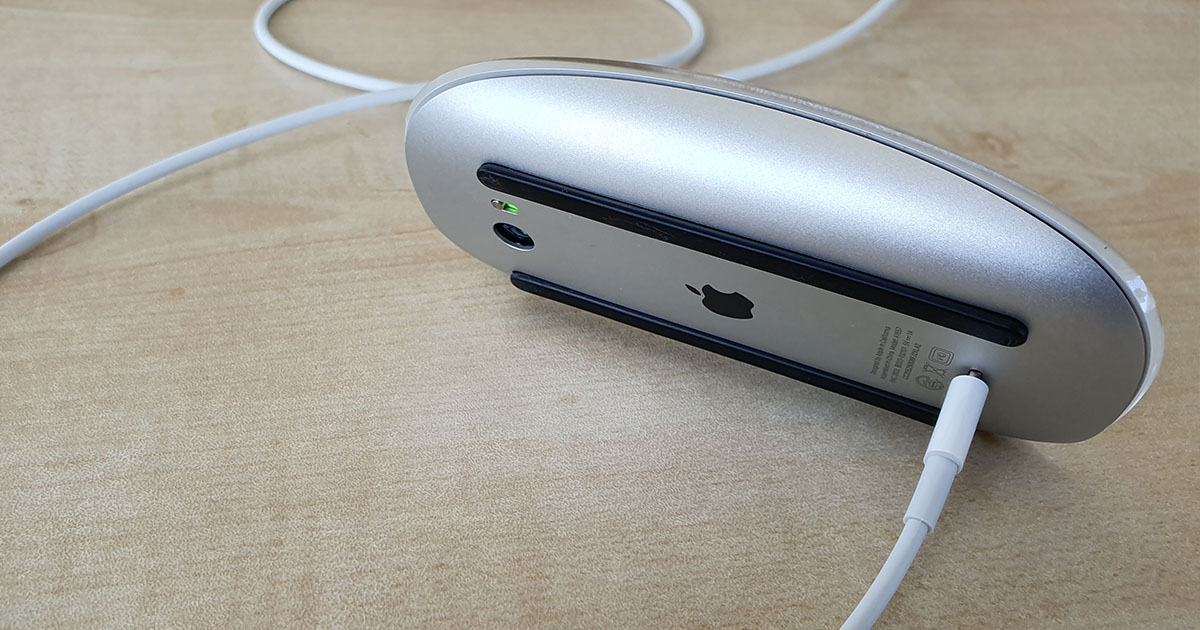 If you watch Mad Men, there’s a scene in the second episode where Harry Crane, one of the copywriters, is giving the new girl, Peggy Olson, a tour of the office. When he comes to describe the art department, he says they put them “downstairs… far enough away from the elevators so we can't sneak out.”

As design is more and more democratized, from the first Macintosh all the the way through the multi-billion dollar Canva revolution happening today, the discipline is no longer the exclusive domain of an art department squirreled away in some corner of the office. Now, we’re all designers.

But, with that change, combined with the infinitely reverberating echo chamber of social media, we’ve also now all become professional design-complainers – griping about fonts, hardware, and more. But, most of these takes aren’t great. Here are three of the worst offenders:

The Magic Mouse is fine

Pretty much since the moment it was first introduced in 2009, people have been whining on Twitter about its lighting charger port being on the underside of the device. They share goofy photos of the mouse looking like a turtle up on its back, a supposedly wry critique that even trillion dollar enterprises get things wrong. And while these titans certainly do make mistakes, this one isn’t really one of them.

Which, while it’s certainly a less enjoyable user experience, in itself isn’t the end of the world. The real engineering problem is that in the long-run, repeated movement and stress on the cable, and the ports, will inevitably cause the whole assembly to fray and eventually break.

The Magic Mouse charges ridiculously fast (9 hours of use in just 2 minutes of charge) and lasts a ridiculously long time (about a month on a full couple-hour charge). Design is the business of problem-solving, and ultimately this is a pretty good solution.

The hate for Comic Sans is legendary. There’s a whole world of memes and merch dedicated to the joke. But I have found that this fire and fury is disproportionately held by junior designers and people adjacent to the field, far more than the most senior pros.

Comic Sans was designed by Microsoft’s Vincent Connare in 1994 as the company was developing an experimental operating system heavily featuring cartoon characters and speech bubbles. Connare wanted to create a typeface that would be appropriate for this style, and he studied comic books lettering to create a concept that would feel at home in this more casual setting.

And, by all accounts, he succeeded. Especially given the limitations of the day’s technology, Comic Sans is full of character and whimsy, and it made desktop publishing much more fun and accessible to non-techie users. Comic Sans made using the computer fun for kids putting together a science report or grandparents making a bake-sale flyer.

I get that you probably shouldn’t use it in a corporate earnings report or a funeral program, but most of the hate this font receives is more about its overuse than anything in the design itself. (Plus, Comic Sans has been shown to be one of the best aides for readers with dyslexia.)

Once they move on from complaining about Comic Sans, the next perennial gripe I see from designers early in their career is about client feedback. It’s a cliché for a client or higher-up to ask to “make the logo bigger,” or “make it pop.” Junior designers get this supposedly-vague feedback and feel annoyed or confused – what do you mean by “pop?”

That’s the designer’s job, to know what they mean. You’re supposed to interrogate the feedback and figure out how you can improve your work. You’re not a hired mouse, you are supposed to be a problem-solver and an expert. If you had a reason for doing something, then explain it. If you are unsure about something, then find out the answer. You do this every day, the client only works with designers sometimes. You’re in charge of creating something that looks and works great – not them.

Also, anybody who knows design knows what people actually mean by “pop” (at least most of the time): maybe add some contrast, give it some more space to breath, add a little bit of color, or choose a more striking image. “Pop” is a perfectly valid descriptor of how something looks.