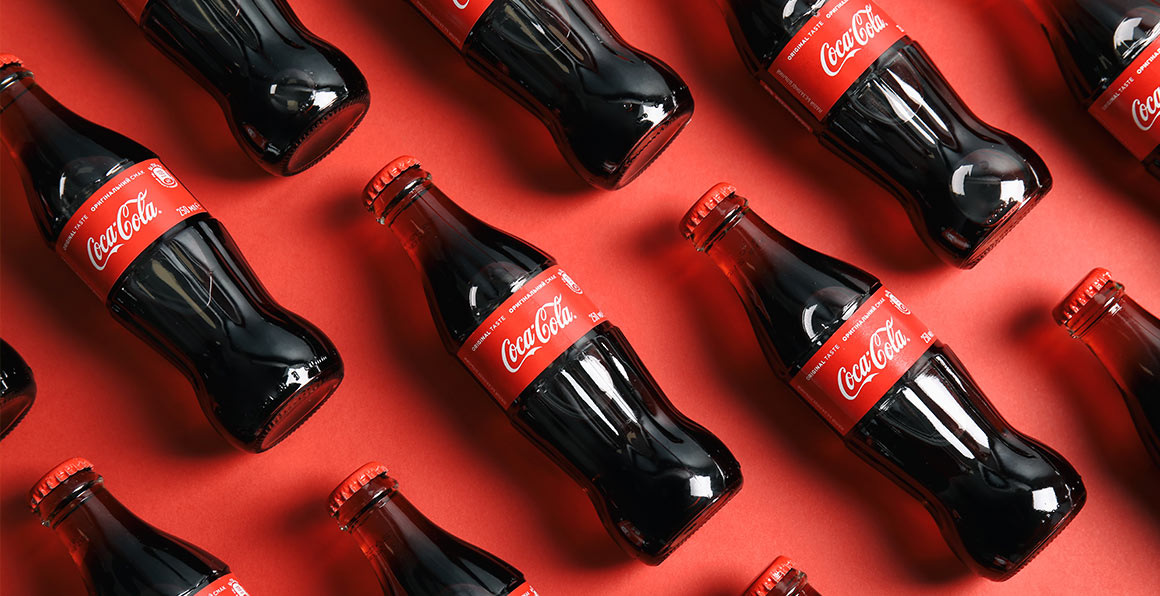 Close your eyes, and think of Coca-Cola. What comes to mind? Probably the bright cherry red or Spencerian script of its swooping logo. Maybe it is the caramel fizzy product itself, or even Santa Claus. Or, for billions of people around the globe, the first image to materialize is the infamous, iconic, contour bottle.

This bottle is so elemental to Coca-Cola that a recent campaign by the brand featured just a red field with the script logo “wrapped” around an imaginary bottle. You don’t even need to see the bottle to immediately connect the dots. The ad’s minimal-yet-evocative copy completes the magic trick: “Feel it.”

And beyond the success of the end product, the process which got Coca-Cola here is a work of art in its own right. Early in the company’s foray into bottling, there was no singular package design — just a succession of off-the-rack straight-sided bottles with a diamond-shaped label affixed to the side. This generic treatment led to a slew of copy-cats and weakened the brand’s position.

That changed in 1915, when the “Trustees of the Coca-Cola Bottling Association” issued a challenge to glass manufacturers across the country to develop a uniquely Coca-Cola bottle. And here is where we meet the simplest, most effective design brief that I’ve ever seen: “design a bottle so distinct that you would recognize if by feel in the dark or lying broken on the ground.”

That’s it. There was no laundry-list of specifications and pre-prescribed half-solutions. There was just a challenge — make something so recognizable you could fish it out of an icebox or see shard on the street and immediately know what it is.

Eventually the Root Glass Company in Indiana would develop the iconic contour bottle and win the competition. The first patent was filed for it that same year, and before the decade was out nearly every Coke sold in a bottle was housed in this striking design. After the patent expired, the shape was so elemental to Coca-Cola’s brand that it was then recognized as a trademark in 1961. Today, over 100 years later, the bottle in your local vending machine looks a whole lot like that first prototype.

Obviously, this is a resounding marketing success, and it is at least partially due to the clarity and simplicity of that initial brief. As you are starting your next project, try to learn from this example — speak first about needs and goals, and then let the solutions come from there. Don’t walk into your next website design, branding project, or marketing campaign with all the ideas fully formed. Set the parameters of the challenge and let the process and creativity develop something great.