No-code is coming for us all. And that’s a good thing. 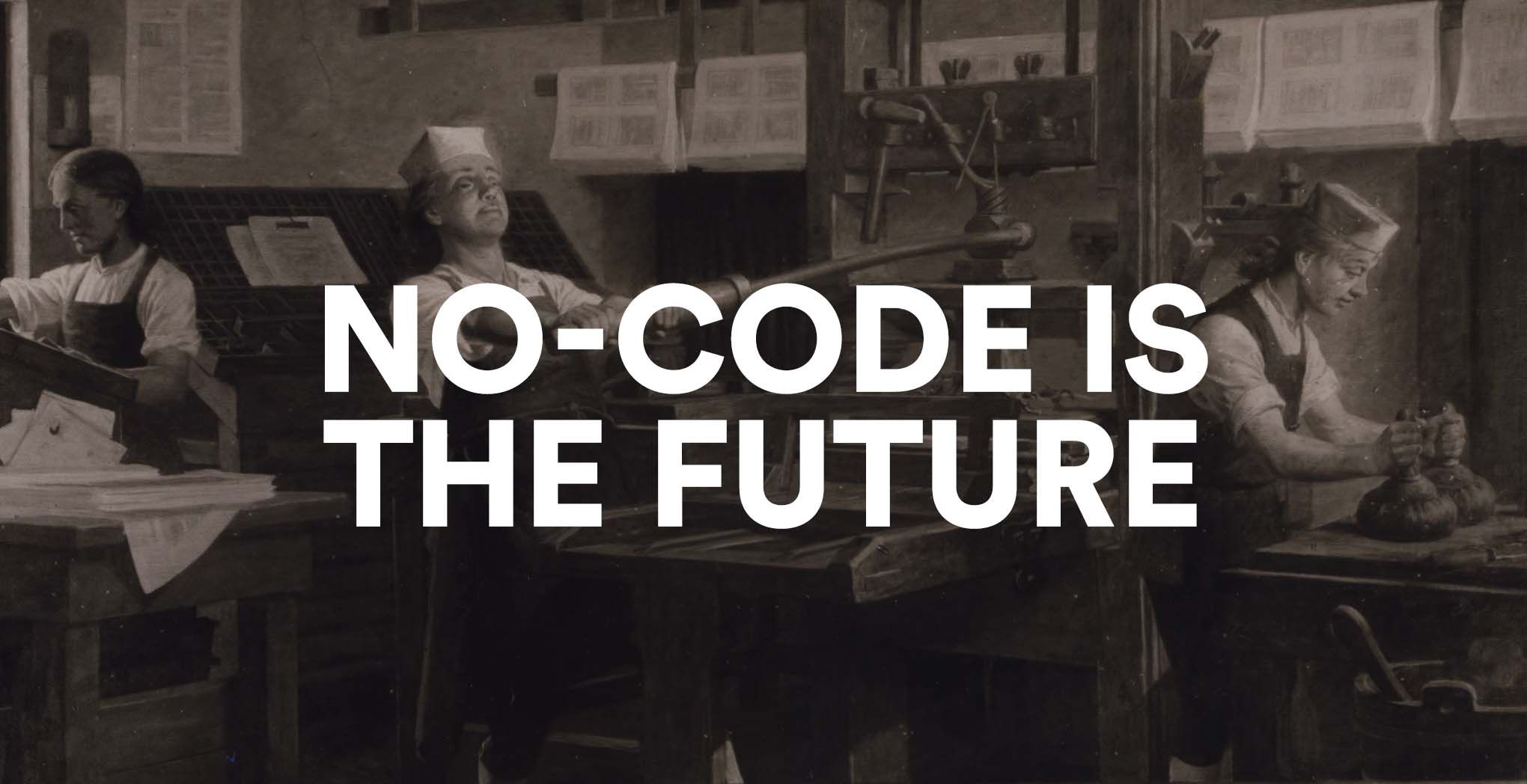 I’ve recently been spending a lot of time thinking about what’s the next “big thing” — partially because I’m not convinced that the current prevailing narrative of crypto/web3/etc. is all its cracked up to be. To be clear, I don’t think that there’s nothing there at all, but I do think we’re at a point in the hype cycle for that space that is frothy with vastly over-inflated expectations. (I actually think e-bikes are going to be a bigger game changer than NFTs for most people.)

As I go through this search for the next spark plug, I’ve become more and more enamored by the power of a newly ascendant suite of tools known as no-code platforms.

No-code tools are more or less what they say on the box. They let you build digital things without having to know a lick of code. Those things could be websites, web apps, mobile apps, or something else entirely, and the process of building them feels a lot more like futzing around in something like Illustrator or Excel than cracking open a project on Github.

Up until a few months ago, I ran a digital marketing agency for the past ten years, and we built a whole lot of things that required a whole lot of code — so I readily admit that I’m probably somewhere in the 99th percentile of who these things are designed for. But after taking a few weeks to poke around with tools like Webflow, Zapier, Bubble, and Notion (and previously using Airtable, Carrd, and others at our agency), I’m convinced that this movement is going to change the way business works, at least a bit.

We’re in at least the third decade of educators and policymakers pounding on the need to teach programming in schools. Private companies like General Assembly and Flatiron School offer expensive bootcamps to learn the basics of software engineering. But now, I think we might chasing the wrong goal here.

As these tools have evolved, it’s become more apparent that the skill we really need to teach isn’t how to code, it’s how to figure out what to make.

Whether it is because of no-code tools or because of the rapidly increasing power of automation, maybe we simply don’t need as many developers as we once thought. Just as we need less typesetters to manually setup our printing presses than we did a century ago, we’ll need less web developers to setup basic landing pages and marketplaces in the coming years.

No-code isn’t the answer to everything. I heard somebody recently describe these tools as getting you from “A to M, not A to Z.” They do free up people to spend their time working on the things where they add the most value —talented and detail-obsessed designers can “own” the marketing website, and highly-compensated developers can work on high-leverage technical problems.

What I’m most excited about is how these no-code tools are breaking down barriers to creating something on the web — you don’t need to learn a mystical language, you just have to press the right buttons to bring your vision to life. You hear a lot of chatter in the web3 space about a decentralized internet, but that often manifests in more and more private ownership, more closing on the commons. No-code pushes back the other way, opening up the doors to a whole new class of creators. It’s going to be exciting to see what gets built.