Some Thoughts on TikTok 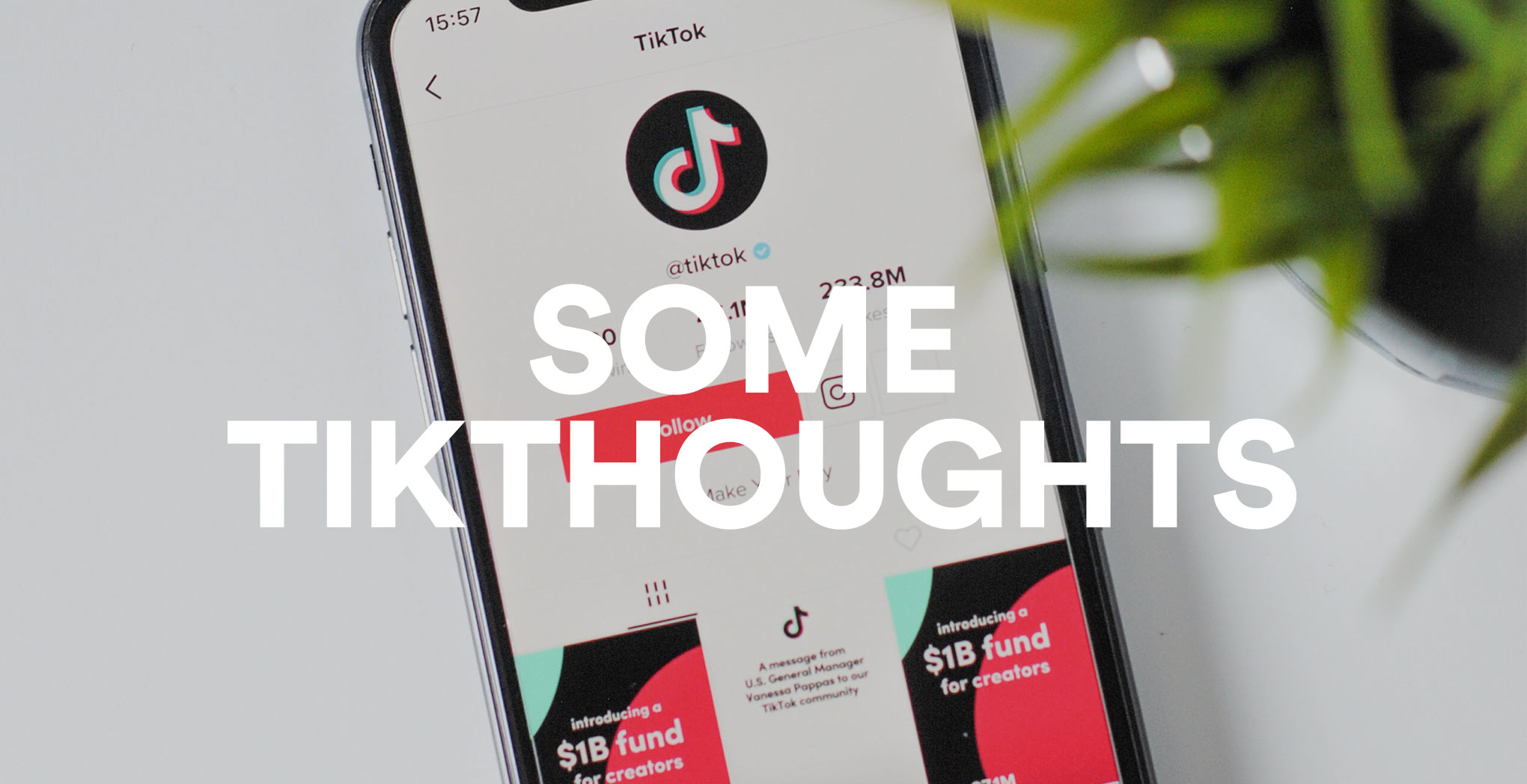 As a 30ish millennial, I’ve recently experienced something completely new: something on the internet that isn’t built explicitly for me. Every social media platform that has reached some level of success has, at least initially, pretty much been made for millennials. TikTok isn’t though.

Though the torch has been passed to Gen Z, I’ve been spending a lot of time thinking about TikTok (and watching TikToks) over the past couple of years as it has quickly grown into the most powerful force in digital media. While I don’t have some grand unified theory, here are some bits that have crossed my mind:

The platform is the pandemic’s most enduring business success

Two years ago, we all started our “two-week” quarantine, and people acutely felt two emotions: anxiety and boredom. Anxiety made us check our phones for the latest horrible news every ninety seconds. Boredom set us on a path of collectively binging Tiger King and baking sourdough.

Enter TikTok, the thing that allows us to use our little glass rectangle of doom to cure boredom — both by watching things and making things. Sitting at home with your spouse/pets/roommates/family? Why not try that viral dance or prank that you just saw to kill some time?

Given that many believe TikTok will boost one of your early videos to give you a taste of viral fame, once that sweet likes-and-comments dopamine starts flowing, it’s really tempting to make the next post and on and on.

Yes, you can pop open your YouTube app and post a video right there, but most serious creators have to spend a good deal of time, money, and effort to create the content that makes their channels so successful. YouTube is high effort for high reward.

On the other end of the spectrum, we have Twitter, where for many users most of their content is jotted off while waiting for their coffee to brew or zoning out in a Zoom meeting. It’s low effort for mostly low reward.

TikTok has an amazingly simple video editing platform embedded within their app that allows for true beginners to create something pretty good, pretty quickly. You don’t need to know Final Cut or After Effects, but with just a little bit of know-how and the phone you already own, you can produce content as good as anybody out there. TikTok nailed the sweet spot: it’s low effort for high reward.

They have a crazy amount of data to learn from

Netflix spends $17 billion on content each year, famously green lighting shows and films based solely on their proprietary viewership data. But how many pieces of content are you consuming each time you engage with their platform? One movie, maybe two or three episodes of something?

YouTube’s algorithm is also notorious for pushing users down rabbit holes. Let’s say you pop open that app, how many videos are you watching in one sitting? Maybe four or five clips?

Now when you open TikTok, in a few minutes of idle scrolling, you might watch bits of dozens or even hundreds of videos in a single session. There is simply so much more data there for them to figure out what you want to see.

TikToks are great at “escaping” the platform

The punchline-of-an-app Quibi failed for a lot of reasons. One underrated trouble was that they made it really, really hard to share clips/gifs/etc. of their content, limiting their virality and discoverability. TikTok is the exact opposite — they desperately want you to share their videos on Instagram, Twitter, Reddit, or wherever. Even if you don’t have the app, you can’t avoid the TikToks themselves.

The name is a huge asset

“TikTok” is just fun to say, it stands out on a page, and it’s impossible to confuse with any of their competitors. But the best part is the flexibility of the suffix “-tok,” as evidenced by booktok, dancetok, moneytok, and even witchtok. The only other platform that has the same power to create communities with branded language is the one that ends in “-gram.”

There’s a lot to say about this platform, and I’m absolutely fascinated by how it has grown over the past few years. Follow along for some more inevitable thoughts about TikTok, or catch me on Twitter for gems like this: