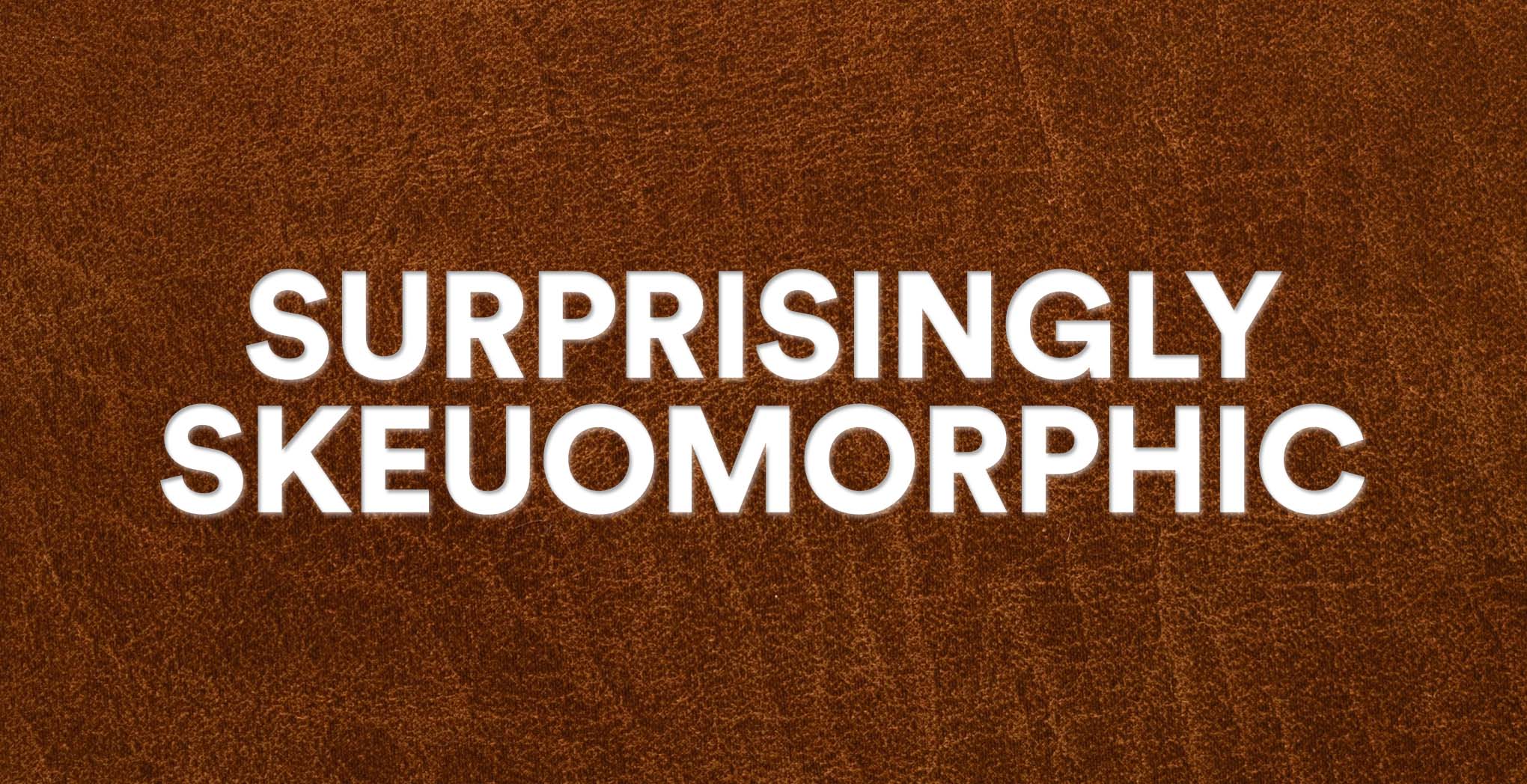 Looking back, iOS 6 was wild. Between 2007 and 2013 we were so collectively enamored by the glossy sheen of high-res touch screens that we went absolutely nuts.

The notes app was a yellow legal pad with leather binding.

Game Center had a green felt background and wood trim.

Find My Friends had camel leather trim — and visible stitching!

iBooks was literally a bookcase.

The compass was straight out of Robinson Crusoe.

Shadows were everywhere. Every surface had a texture. Every tool was represented by an illustration of its real-life counterpart. In retrospect, it was crazy (but kind of beautiful in its own way).

This was what is known as skeuomorphism, and it is everywhere once you know what to look for. Here’s the definition from Wikipedia:

A skeuomorph is a derivative object that retains ornamental design cues (attributes) from structures that were necessary in the original. Skeuomorphs are typically used to make something new feel familiar in an effort to speed understanding and acclimation. They employ elements that, while essential to the original object, serve no purpose in the new system.

Basically, skeuomorphism is carrying old, unnecessary models forward into new designs and technology. Those examples above are textbook user interface cases, but you also see it in mundane items like decorative beams on living room ceilings or useless “arms” on computerized slot machines.

Skeuomorphism sometimes gets a lot of hate, but these useless features often serves a useful purpose —helping new users understand how a new technology works, and what they can do with it.

Today, we’re seeing skeuomorphism come back, in some ways bigger than ever. Look at the emerging technology in our current discourse:

With iOS 7 in 2013, as Apple is fond of saying, “everything changed,” with their most substantial interface redesign ever. Gone were the textures and shading, replaced with simple, colorful, “flat” icons. After six years of the iPhone, we were able to take off the training wheels and embrace these new ways of interacting with data on a screen.

This reminds me of a great passage from developer Laurie Voss’s really great recent post about his examination of crypto:

Having lived through the web 1.0 and web 2.0 booms, one thing I’m very cognizant of is that the new thing does not rebuild the old things. The old things are still there; the new things are different. But at the start, people try to rebuild the old things. People tried to build “online magazines” before they figured out what web native publishing looked like. They tried to build “online shopping” with aisles and carts you pushed around. We built “bulletin boards” instead of forums.

With those emerging tech items above, we’re still in the skeuomorphic rebuilding phase, but that will change. Electric cars are still five seats and a steering wheel — though the autonomous future will likely look a lot different (probably more like what Zoox is building). Plant-based meats are still copying the burger and hot dog instead of exploring new forms altogether.

When we get past this hump, that’s when we get the really interesting stuff. (Though I could use some more leather trim on my iPhone.)