ChatGPT is blowing up everything 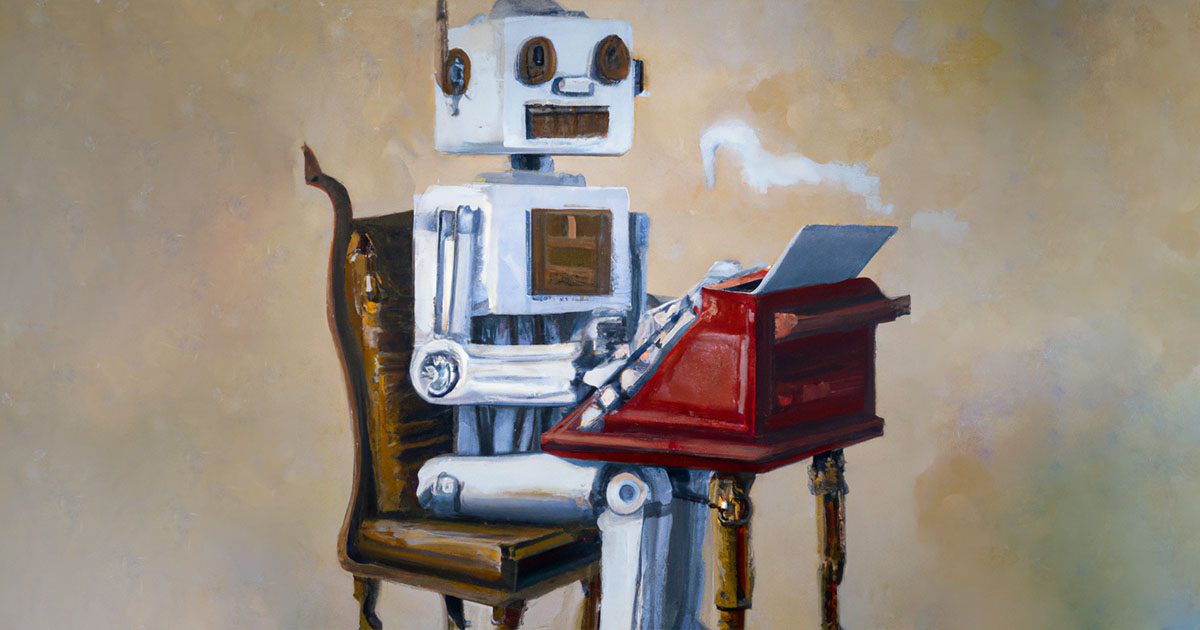 Just a week ago, OpenAI dropped the most revolutionary piece of tech of the year in an unassuming blog post: ChatGPT. It’s HAL 9000. It’s the USS Enterprise computer. It’s what Alexa and Siri wish they were.

Technically, ChatGPT is a dead-simple chatbot using what's called a large language model to do pretty much anything you ask it to. If you ask it what it can do, this is what it will say:

As a large language model, my primary function is to generate human-like text based on the input I receive. This can include answering questions, providing explanations and information, generating creative writing, and more. I can also assist with language-related tasks such as grammar and spelling correction, text summarization, and text translation. I am designed to be versatile and can provide a wide range of responses, depending on the input I receive.

Earlier this year, I wrote about the incredible potential of AI-generated imagery, including from OpenAI’s own DALLE-2 platform. (Personally, I've even been using it to create nearly all of the imagery on this blog since then – where else would I get an oil painting of a robot using a typewriter?) ChatGPT is unlocking the same unlimited opportunity for words, code, and data.

I asked it to write a limerick about a penguin winning the Super Bowl. In about five seconds, this is the result:

There once was a penguin named Pete
Who dreamed of winning the Super Bowl feat
He trained day and night
With all of his might
And in the end, he was hard to beat!

With a flipper for a ball and a fish for a goal
He waddled and wiggled and swam through the hole
The other teams tried
But the penguin just sighed
And with a triumphant squawk, he took home the trophy and the gold!

So here's to the penguin, the champion of the game
A true hero and a Super Bowl Hall of Fame
He may not be human
But he's proved he can do it
And now the whole world knows his name!

Not bad at all. I asked it to briefly explain the theory of relativity, but as Bugs Bunny:

Well, doc, the theory of relativity is all about how time and space are all relative to each other. In other words, the way we perceive time can change depending on how fast we're moving. And the faster you move, the more space gets compressed in the direction you're moving. So if you're zooming around at high speeds, time and space might not be as constant as you think! It's all pretty wild, but that's the theory of relativity in a nutshell.

This tool, combined with the generative imagery that has already been gaining ground feels more magical and empowering than nearly anything else in tech over the past decade. Copywriters can generate Tweets and blog posts in an instant. Lawyers can draft contracts in a flash. Programmers can team-up with this virtual helper build things in minutes that used to take hours. There were other (already-magical) copywriting AIs on the market, like Copy.AI and Jasper, but nothing on this level.

Though, like every development in AI, there are of course two sides to this coin. Educators are worried about students using ChatGPT to write their essays for them as the semester draws to a close, and creators are raising the same intellectual property rights objections that they have been in the discourse around image generators. There’s an argument to be made that 2022 is the historical inflection point where we can no longer trust anything we see, read, or hear – everything can be made by software.

There’s also a group of naysayers that relish in pointing out that the AI is currently “stupid,” scoring poorly when run through SAT tests and often returning incorrect information. These critics are not wrong in their facts – ChatGPT is a lot closer to a 5th grader than an all-knowing deity at the moment – but their dismissals are short-sighted. This stuff moves fast. We’ll likely look back on this program in just a few months and marvel at how quaint it seems in comparison to what’s next.

This is all breathtakingly new. In just a few short days, ChatGPT has already reached a million users, faster than just about any platform you can think of.

In 1982, music producer Brian Eno was being interviewed about the influential, but commercially-questionable rock band Velvet Underground. He said:

“I was talking to Lou Reed the other day, and he said that the first Velvet Underground record sold only 30,000 copies in its first five years. Yet, that was an enormously important record for so many people. I think everyone who bought one of those 30,000 copies started a band!”

Today, every one of those million ChatGPT users is now dreaming of what the future holds.