Airbnb is not having a great time 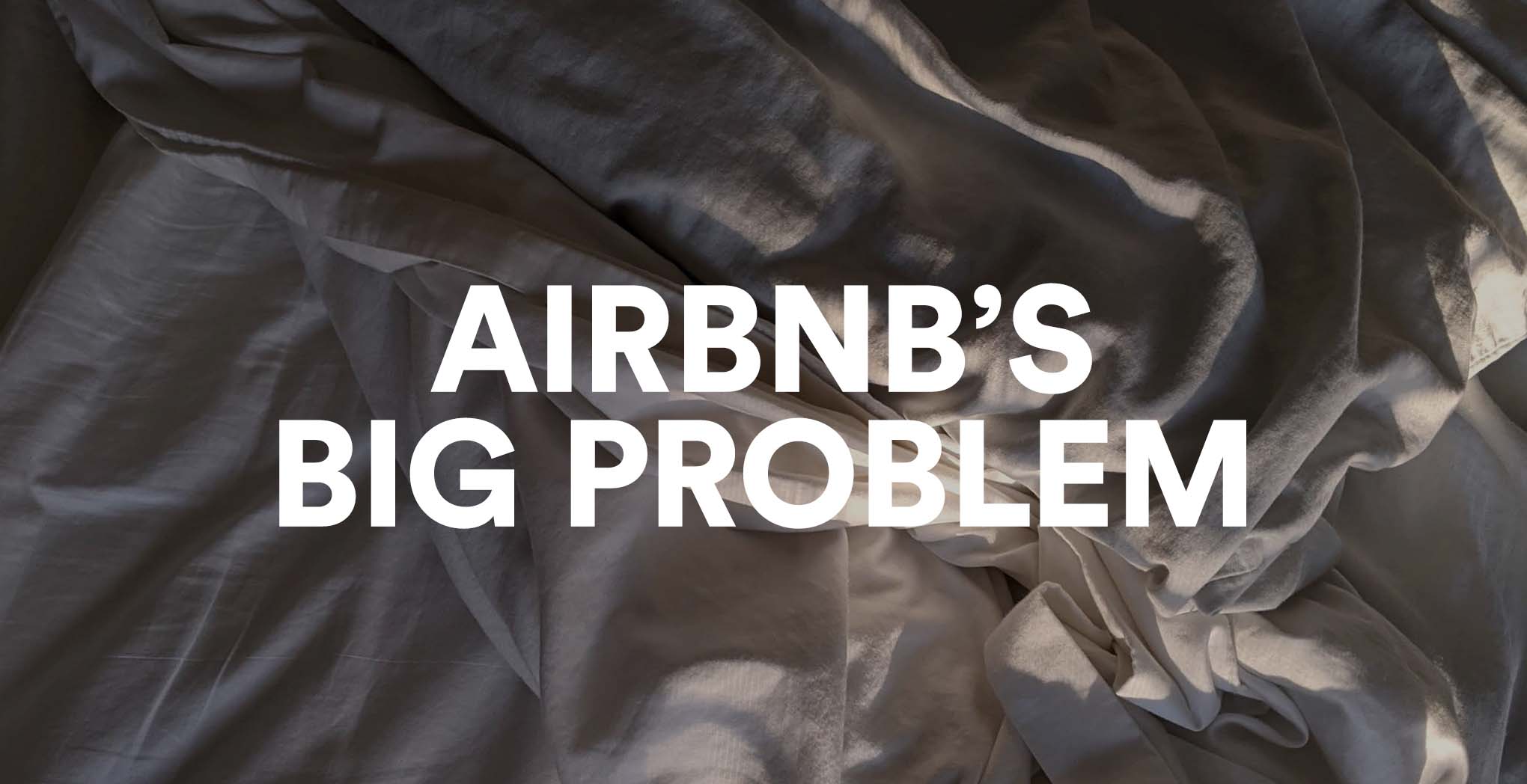 Thanks to a somewhat-notable intervening event in 2020 that scrambled global travel, my wife and I just returned from a much-belated honeymoon in Spain. Like we initially planned 2.5 years ago, we enjoyed lots of jamon, Manchego, and Rioja — but unlike our initial plan, we spent the entire two-week trip around the country in hotels, not Airbnbs.

In fact, everywhere we’ve traveled since easing back into things last year has found us landing in hotels. Starting with our first escape to a steeply discounted (though lovely) hotel in Philadelphia as vaccines initially rolled out last winter, and continuing on to Oaxaca, Paris, and Rhode Island since then, I have checked into more traditional front-desks in the past year than in the eight years combined since I stayed in my first-ever Airbnb.

And it seems that I’m not alone here. Airbnb has a big, looming problem — it’s a brand on the brink.

After the most recent spat of disturbing accounts of hidden cameras in rentals, the company once again starting trending on Twitter as other guests describe creepy hosts, exorbitant fees, and lackluster digs. These type of critiques have cropped up with some regularity over the past decade of the platform’s rising popularity, but something feels different about this moment.

People put up with a lot of things to save money. If you’ve ever flown on a cramped Spirit Airlines flight, grabbed some plasticky quasi-food from Dollar General, or assembled a $9 coffee table from IKEA, you’ll know that the bar for customer experience can be pretty low as long as the price is right. And travelers will grin and bear it through convoluted check-ins, weird shower fixtures, and dull kitchen knives if it means that they can stay in Rome for fifty bucks a night.

But when the price is wrong, customers revolt. Since the beginning of the pandemic, with business travel evaporating overnight, many hotel rates have been more affordable than ever. At the same time, Airbnbs, especially those in more rural or beachy “escape the city” locales, have seen prices skyrocket. More and more, hosts are no longer somebody with an extra room trying to make rent (like I was a few years back when a roommate moved out), but rather entrepreneurial mini-hoteliers building their empires one rental at a time.

On TikTok, Twitter, and other platforms, you’ll see viral post after viral post of former frequent Airbnb customers rediscovering the benefits of a regularly-cleaned room, a staffed and secure front desk, and honest and transparent pricing of a traditional hotel. Below each post, you’ll find hundreds of comments complaining about $300 cleaning fees for a two night stay (often accompanied by a chore list to strip the bed and take out the trash), and hidden cameras and noise detectors clandestinely recording guests in their recent Airbnbs.

This “awakening” is happening at the exact wrong time for Airbnb. With the summer of 2022 shaping up to be much more of the ebullient post-vax season of travel and celebration than last year’s promising-but-fizzled summer, many people are taking their first big trips in more than two years. If Airbnb doesn’t see where the winds are blowing and ignores this quickly shifting perception, they are likely to be left on the tarmac as the rest of the travel industry continues its recovery.